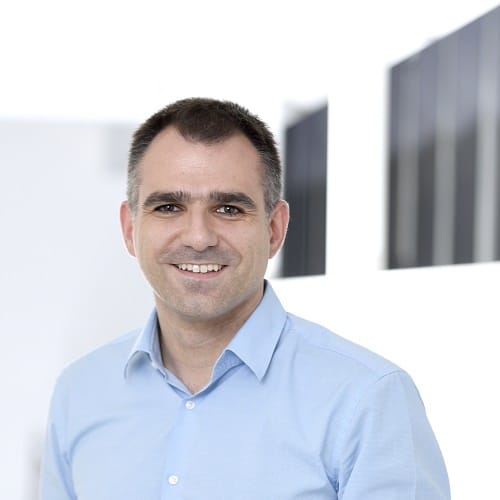 This presentation was recorded as part of the 4th virtual edition of the Leica Microsystems “See the Hidden” Workshop Series, hosted by Microscopy Focus. In collaboration with Imperial College London (ICL) and the Imperial College Network of Excellence in Cancer Technology, this joint event showcased how a multidisciplinary research approach is creating innovative new ideas for the detection, prevention, and ultimately the treatment of cancer.

“Spherism” rendition of triphenylalanine bioharmonophores captured by TEM. The cores of the probes feature an artistic representation of their molecular components, triphenylalanine molecules. Courtesy of Mr. Konstantinos Kalyviotis, Research Postgraduate in Periklis Pantazis’ group at ICL.