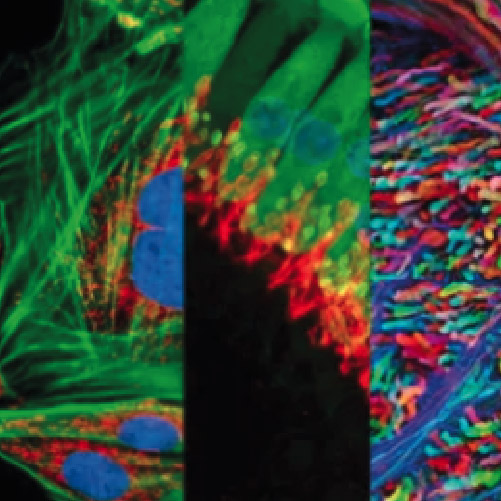 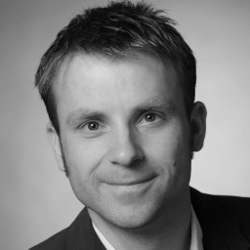 Dr. Eggeling holds a PhD in Physics from the University of Göttingen, Germany, where he optimized single-molecule fluorescence detection. From 2000 to 2003 he was a research scientist at the biotech company Evotec, Hamburg, Germany, developing advanced fluorescence microscopy techniques for high-throughput drug screening. In 2003, Christian Eggeling joined the Max-Planck-Institute for Biophysical Chemistry, Göttingen, Germany as a senior scientist in the department of Professor Stefan Hell (2014 Nobel Laureate in Chemistry). Here, he was focused on the field of optical super-resolution microscopy, specifically the biological applicability of stimulated emission depletion (STED) microscopy. Since 2012, Christian Eggeling has been a principal investigator in the Human Immunology Unit and the scientific director of the newly established Wolfson Imaging Centre Oxford at the Weatherall Institute of Molecular Medicine, University of Oxford, United Kingdom, and in 2014 he has been appointed Professor of Molecular Immunology. In addition, from December 2017 on he started as a Professor of Super-Resolution Microscopy in the Institute of Applied Optics of the Friedrich Schiller-University and the Leibniz Institute of Photonic Technologies in Jena, Germany. Christian Eggeling’s research is focused on the development of advanced microscopy for the investigation of molecular organization and dynamics in cells, especially on the cellular plasma membrane.

Molecular interactions are key in cellular signalling. They are often ruled or rendered by the mobility of the involved molecules. We present different tools that are able to determine such mobility and potentially extract interaction dynamics. Specifically, the direct and non-invasive observation of the interactions in the living cell is often impeded by principle limitations of conventional far-field optical microscopes, for example with respect to limited Spatio-temporal resolution. We depict how novel details of molecular membrane dynamics can be obtained by using advanced microscopy approaches such as the combination of super-resolution STED microscopy with fluorescence correlation spectroscopy (STED-FCS). We highlight how STED-FCS can reveal novel aspects of membrane bioactivity such as of the existence and function of potential lipid rafts, and how the new FALCON technology eases such measurements.