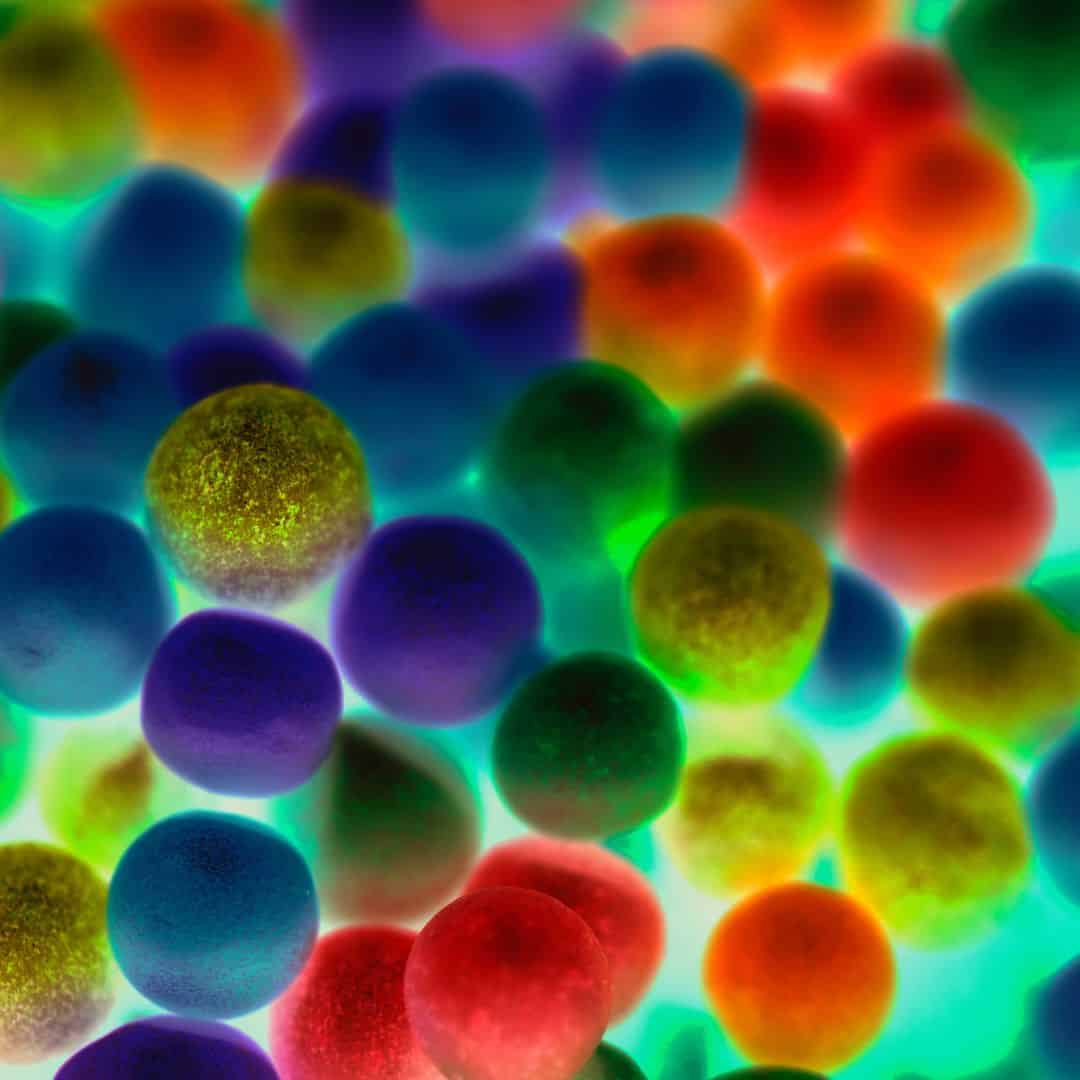 Michelle Frei pursued her PhD studies in the lab of Professor Kai Johnsson at EPFL in Lausanne and MPI for Medical Research in Heidelberg. Her PhD involved synthesizing and characterizing photoactivatable probes for super-resolution microscopy and engineering the self-labeling protein tag HaloTag7 for fluorescence lifetime multiplexing. She continued her work in fluorescence lifetime multiplexing using synthetic organic probes. Michelle is currently a postdoctoral scholar at the University of California San Diego in the lab of Professor Jin Zhang where she works on fluorescent biosensors for application in super-resolution microscopy.

Spectrally resolved detection of fluorophores with distinct excitation and emission spectra is a routine method for performing multiplexed fluorescence microscopy. However, as many commonly used fluorophores have spectral overlap, this technique is limited to three to four targets.

Combining these two techniques expands the degree of multiplexing to accommodate additional targets.

To find fluorophores with suitable lifetime characteristics, we turned our attention to cell-permeable probes based on synthetic fluorophores, which are available for various targets and in different colors. They do not require genetic engineering, and combining multiple probes at the labeling step is possible. This makes them ideal candidates for spectrally resolved fluorescence lifetime multiplexing.

However, synthetic probes are only available for a handful of targets and sometimes show unsuitable lifetime properties. We, therefore, complemented the use of synthetic organic probes with a second labeling strategy for synthetic fluorophores, namely, self-labeling protein tags.

Combining self-labeling protein tags and synthetic probes enabled us to image up to eight targets in four spectral channels. We hope that the two approaches will promote the use of fluorescence lifetime multiplexing in living cells.

In this webinar, you will discover: