The role of iron metabolism in cancer progression 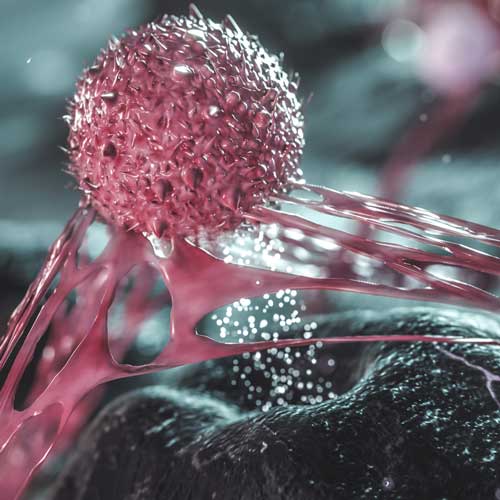 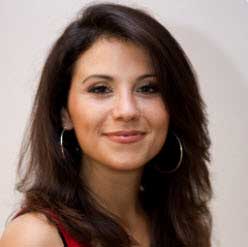 Professor of Biology, University of Catanzaro

Flavia Biamonte is Professor of Biology at the University of Catanzaro, and since 2019 has been a lecturer at the PhD School in "Molecular and Translational Oncology and Innovative Medical-Surgical Technologies". She obtained her PhD in Experimental and Clinical Oncology from the University of Florence in 2013, where she contributed to the AGIMM (AIRC-Italian Group for Myeloproliferative Diseases) research program, funded by the Italian Association for Research on Cancer. Flavia also interned at Addenbrookes Hospital, Cambridge University, in 2009 before her PhD studies. From 2013 to 2018, she was a Research Fellow at the University of Catanzaro before obtaining the National Scientific Qualification as II level professor in Applied Biology in 2018. Flavia's research interests are the cellular and molecular mechanisms altering mitochondrial iron metabolism during health and disease. Her research aims to provide clinical and experimental evidence on how such mechanisms may be translated into therapy and combined therapeutic approaches.

Iron metabolism plays a role in cancer development and progression, and modulates the immune response. Understanding how iron influences cancer and the immune system can aid the development of new therapeutic approaches.

In this webinar, you will learn how:

Iron is involved, in different ways, at various stages of tumor initiation and progression and contributes to the growth and proliferation of cancer cells. Accumulating evidence has implicated alterations in iron metabolism, and the ensuing excess of iron, as crucial features for cancer development.

In this webinar, Professor Flavia Biamonte presents recent findings from her group’s research into the role of iron metabolism in cancer progression, its modulation of the immune response, and how this may be translated into new therapeutic approaches.

You will learn how an increase in intracellular iron, caused by either the knockdown of ferritin protein or the administration of iron compounds, promotes migrational ability, the epithelial-mesenchymal transition, and the expansion of the cancer stem cell subpopulation in many solid tumors.

In particular, Professor Biamonte will show that the administration of ferlixit, a ferric iron compound normally used to treat patients with anemia, enhances the ability of cancer cells to survive in non-adherent conditions and to form 3D tumor spheroids.

The aberrant accumulation of iron may result in the generation of reactive oxygen species (ROS) and oxidative stress that, if not properly counteracted, can cause damage to DNA, proteins, and other biomolecules or even trigger cell death.

Ferroptosis is a new type of regulated cell death induced by the accumulation of iron-mediated lipid peroxidation. So far, several small molecules (e.g., erastin and RSL3) have been found to selectively induce ferroptosis in cancer cells. However, phenomena of ferroptosis resistance have been described, thus reducing the use of these drugs in vivo.

Professor Biamonte will also demonstrate how ferlixit administration sensitizes ovarian cancer cells to ferroptosis, even in cells that do not respond to more conventional ferroptosis inducers (e.g., erastin).

Iron is also involved in the modulation of the immune response. Professor Biamonte will finally show that intracellular iron overload, accompanied by ROS production, promotes a significant up-regulation of PD-L1 by activating PD-L1’s transcription factor c-Myc. Ferlixit administration induces T-cell inhibition, as indicated by a reduction of IFN release.